The Basilica of Saint Elizabeth Ann Seton serves as a testament to her strong heritage and 200-year legacy of teaching, giving and serving that continues today. Take a virtual tour by clicking the button below.

Located just upstairs from the museum, the Basilica hosts thousands annually, attracting visitors from all over the country and around the world. Take time to tour the sanctuary—including the altar for Saint Elizabeth, or simply witness all the grand artistic beauty the building has to offer. The Basilica of Saint Elizabeth Ann Seton can enrich and inspire all, without regard to faith or spiritual disposition.

Completed in 1965, the Basilica was originally designed as the chapel for the sisters in the Daughters of Charity. Once Elizabeth Ann Seton was beatified, it was decided for the chapel to serve as her National Shrine. When a deceased person like Elizabeth Ann Seton is beatified, it means that the Catholic Church recognizes the person’s entrance into heaven and her ability to intercede for people who pray in her name. It’s the step before a person becomes a saint. 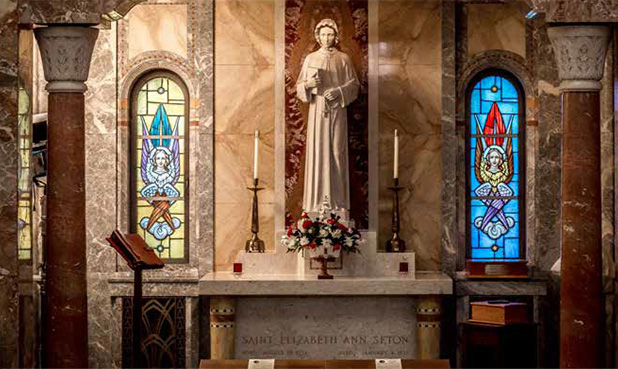 The statue, which was sculpted in Italy, depicts Mother Seton dressed in headwear called a habit, which is what she and the Sisters of Charity wore beginning in 1809. Beneath the altar and enclosed in marble, Saint Elizabeth Ann Seton’s remains rest in a small copper casket. Her remains were transferred here in 1968. 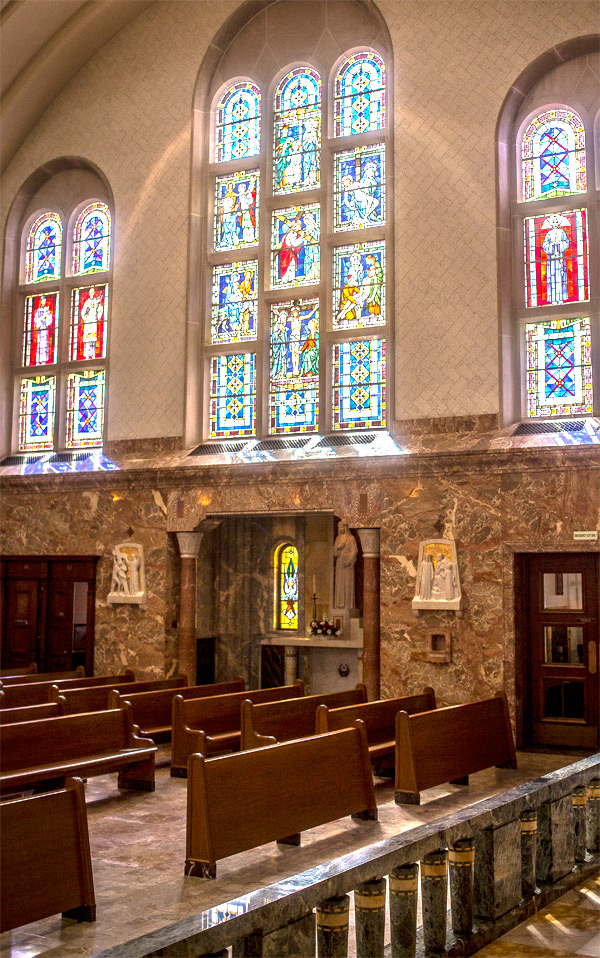 The Basilica is open Monday through Saturday from 10am-5pm and Sunday from 12-5pm.

Check our calendar for events.